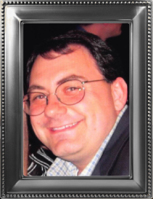 Brian E. Dawson, a Field Office Representative (FOR) in the Springfield, Illinois, Territory, who provided IT support to employees in three field offices, died on August 25. He was 50.

Brian was widely known and well liked throughout the territory and beyond for his personal and professional attributes. “All of us who worked with him admired Brian,” said Supervisory IT Specialist Ken Briscoe of the Chicago Regional Office. “He set a stellar example of service in the workplace, in his community, and in his personal life.”

Brian joined the FDIC in January 1990 as an assistant bank examiner in Springfield. In 1999, he was among those selected to serve in the first “class” of Field Office Representatives. As a FOR, he was responsible for the Springfield, Princeton, and Mount Vernon, Illinois, Field Offices. “Brian leaves us with an enduring legacy of his brilliant competence, his close attention to customer service, and his kind concern for his colleagues,” Briscoe said.

Jeffrey Schulte, RMS Field Supervisor in Springfield, worked closely with Brian for many years. “Brian’s work ethic, laughter, and concern for the people in his life will never be replaced,” he said. “His dedication to helping all of us with our computer issues was only overshadowed by his faith in God, his love of his family, and his volunteering to help others.”

Jim Bryans, DCP Supervisory Examiner in Springfield, recalled how Brian touched so many people’s lives. “Brian was a presence in the office that elevated the atmosphere,” Bryans said. “He could often be heard laughing, whistling, and singing. He usually had the sound of music coming from his office. He was a big part of the office’s soul. Brian was a dear friend to many and is greatly missed.”

“He was a big part of the office’s soul. Brian was a dear friend to many and is greatly missed.”

Want to join us as we protect your pay and benefits?

Get Social With Us

Recommend this page on: